We met Miki Agrawal, the co-founder of challenger to watch Thinx, at their New York offices to talk taboos, transport ads and taking on tampons. This serial entrepreneur has also started two pizza restaurants, co-founded two other startups and written a best selling book. Combined with her desire to sail headfirst into topics others deliberately avoid, Miki is an entrepreneurial force to be reckoned with.

Miki's ambition is for Thinx to become a billion dollar business, and with sales revenue increasing by 20x between 2015 and 2016, they are definitely making headway in the $15B feminine hygiene category. In this interview, she explains what it means to be 'fridgeworthy' and shares her advice to new challenger businesses starting out.

Tell us a little about the market?
The underwear industry is a $14 billion industry. The feminine hygiene category is a $15 billion category and in a near combined $30 billion category, there’s been very little innovation, because it's a taboo subject.

“The most uncomfortable thing you can talk about is a woman’s period, and that’s why no one was innovating.” 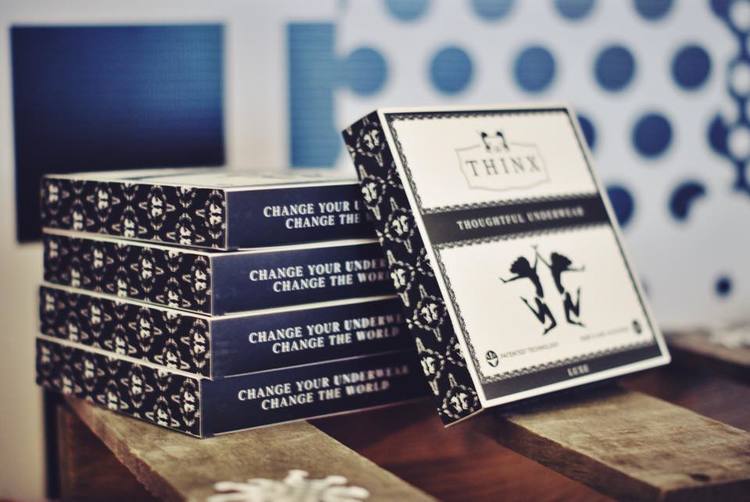 There’s only been three major innovations in the entire 20th century, and they leaked, and they were bulky, and uncomfortable and mostly invented by men. And so that was the problem that we wanted to solve and enable women to experience their periods in a much more comfortable and confident way.

What is Thinx as a brand challenging?
One of the things that we realised is that brands aren't talking about periods in a way that's accessible, approachable, or in a way that people feel comfortable talking about like they're talking to their best friend. And so we want to create a brand that really spoke to us authentically without feeling like we're sold to or without feeling like it's a clinical, medical device. 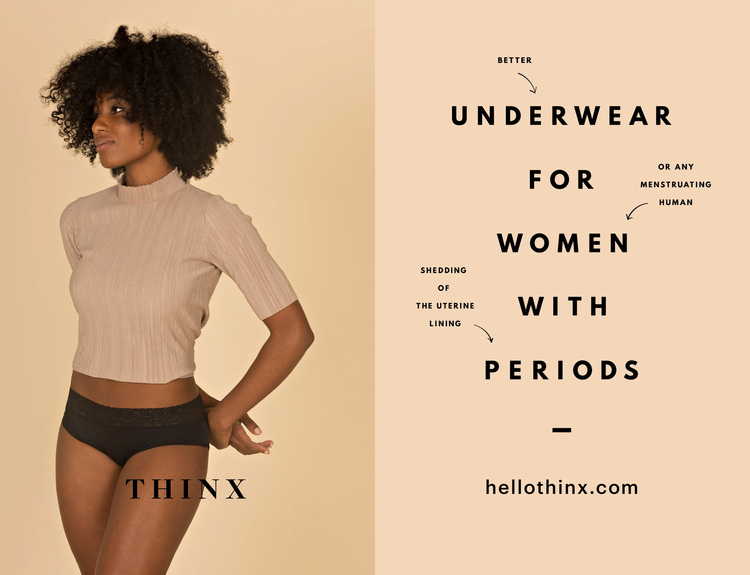 How do you break a taboo? How do you approach it?
By simply elevating the conversation in an accessible way. We use an uplifting and engaging writing style, and communicate to our customers in a fun and accessible way. Another thing is high design. Whether it's our website, our ads, our products or our packaging, every single piece of our business is considered on a design standpoint.

A lot of feminine hygiene companies don't think about design at all, and it just feels so unapproachable, inaccessible, and women don't relate to that.

“One of the things we talk about is are we being fridge-worthy? Will we make the small real-estate on your fridge? It’s not advertising, it’s art.”

How do you approach advertising or any use of media?
One of the things that we talk about in our company is are we being fridge-worthy? Will we make the small real-estate on your fridge? Everything that we put out, we ask will someone take a picture of it and put it on their fridge because it's that cool? Does it feel like you're walking into a gallery? Does it feel like you're surrounded by art? It's not advertising, it's art. 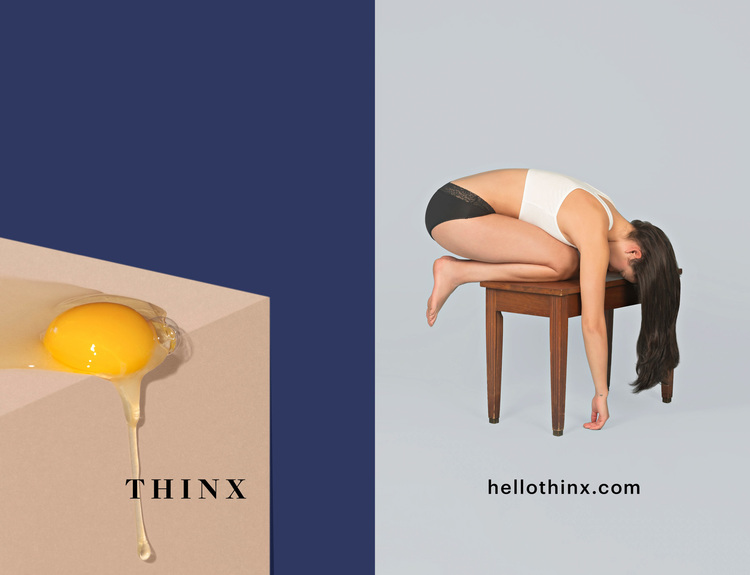 Tell us about the controversy surrounding the NYC subway adverts?
We started with digital: direct-to-consumer, Facebook advertising, Instagram, some PR, reaching influencers, things like that. And then we said, all right. It's time to take the next step and do an out-of-home campaign.

And again that's when our fridge-worthy considerations came into play. Does it feel like art? Is it a show-stopper? Is it a conversation starter? Will people feel intrigued by it? And how do we do it within the New York City subway system (Metro Transport Authority) guidelines.

We have an incredible creative team in-house, that put together a campaign what we felt was very authentic to who we are and compelling to people walking by it. The MTA work with third-party agencies such as Outfront Media and they're the ones that place different ads in subways. And the third-party agency said that our ads were inappropriate, that we couldn't use the word period and that our images were suggestive, and they're offensive to riders.

We pushed back and said, we were well within the guidelines of the MTA and this is not something that is oppressive to women because women experience periods every single month.

Every day ads go up which oppress women: Whether it's breast augmentation, a 50 Shades of Grey commercial where a guy's choking a woman or beach body ready ads with girls' breasts just falling out of their tops… That's all okay, but the minute we're talking about a natural occurrence that a woman experiences, that's considered unacceptable, too suggestive and offensive. You betcha we fought it.

“How is it possible that in New York City, we’re still getting that kind of patriarchal pushback?”

And so we said this is a very clear example of sexist double standards. How is it possible that in New York City, arguably the most progressive city in the world we're still getting that kind of patriarchal pushback?

So that's when we said, if you don't publish these ads we will go to press. Of course, I didn't exactly know what that meant, to ‘go to press’. I didn't really know if anyone would pick it up anyway, but mic.com picked it up, and it went viral internationally and actually, that was probably the best thing that ever happened to our company.

Does it take a certain type of tenacity to take on a subject that’s taboo do you think?
Well people initially were like, ‘ew period underwear? Sounds gross.’ And then they realise, wow, it is working. I don't feel any different than I was yesterday when I didn't have my period. And then they become an evangelist, and start telling all their girlfriends and that's how it spreads.

You have to use psychology, and you have to think about accessibility and use aesthetic, design, and creativity.

“Usually, if you get an email from a brand you just delete it, we got 1000 responses from customers in 24 hours”

What’s your relationship like with consumers?
We’re finding that people want to break the taboo with us. They're interested in the fact that we're not doing it with negativity, we're doing it with pure positivity, great design, and a product that works.

One of the clear examples of that support and customers getting behind us was when my director of marketing sent an email out to our entire customer base and said ‘We're getting writer's block. Can you fill in the blanks about Thinx?’

It was just the most amazing response. My whole team was crying reading these emails, realising just how much our product has changed people's lives.

Tell us about the power of purchase programme you’re doing to help women in Uganda?
I was very inspired by Toms' buy-one-give-one model when it first came out. But it’s a welfare model. So for example if you're selling shoes in Uganda and all of a sudden, a bunch of free shoes arrive in your town what happens to your business? So the Tom’s model can often cannibalise local economy.

And so we wanted to take the learnings from that model and elevate it. And so we found an organisation in Uganda called AFRIpads, and they make and sell washable, reusable cloth pads. They hire all local women, creating local jobs in four factories. And we realised that even at $4 for a kit that lasts a woman over a year, that's still expensive. 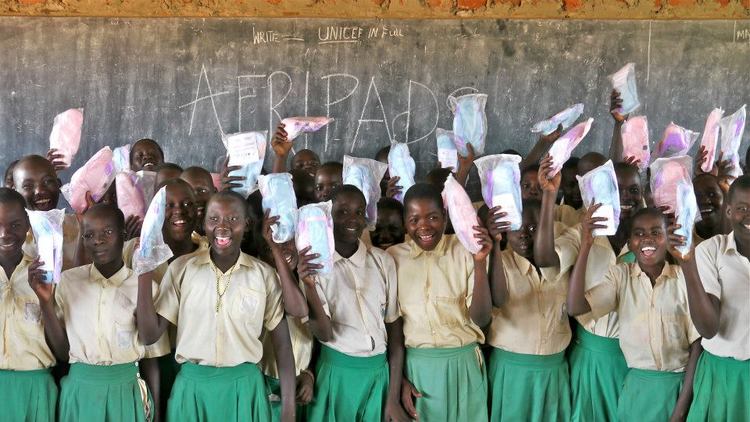 So we said why don't we subsidise AFRIpads? We'll pay for the cost of the pads. They will then sell them to the end user for $2 instead of $4, and now everyone has access to them. But they're not giving them away, they're selling them, so AFRIpads can grow their business, create more local jobs, and it's a sustainable business model, not a welfare model.

When we first met AFRIpads, they had 25 employees, and now they have over 165 employees, employing all local women and empowering local communities.

“Can we be a major player in the underwear and feminine hygiene category? One hundred percent.”

What’s the ambition for the brand?
I’m gunning for a $1bn business. Can we be a major player in the underwear and feminine hygiene category? One hundred percent. We're already on our way. If we combine both categories I believe we can get to $1bn business and more. 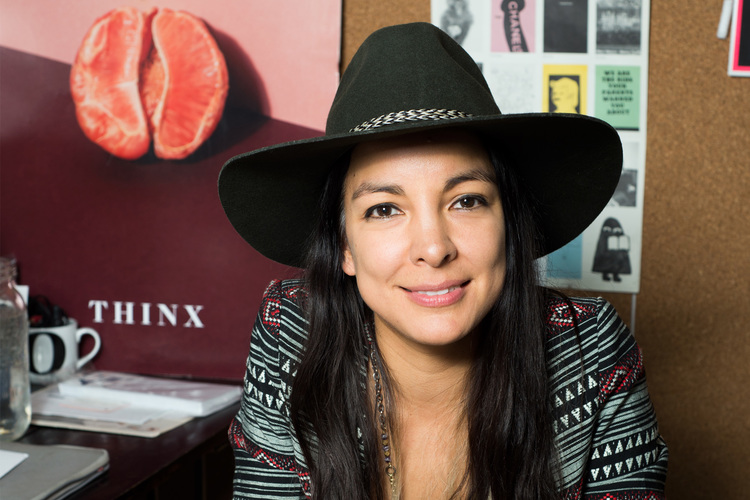